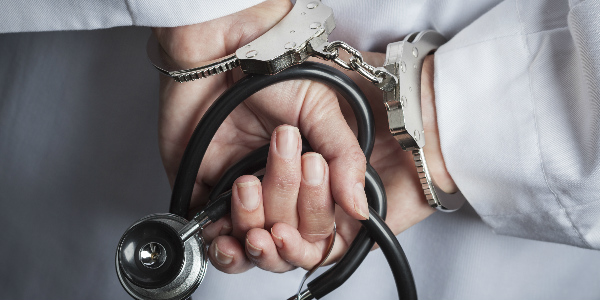 Health insurance fraud and its impact on the healthcare system

Wherever it’s found, fraud and corruption cost more than just the money some get away with. Like a stone dropped into a pond, the effects of fraud and corruption in a healthcare system can send ripples outwards, nudging everything in its wake from costs and resources in the sector. As mentioned in our earlier article on insurance fraud, as well as in our 2019 report on the Cost of International Health Insurance, the issues of corruption and fraudulent claims remain some of the biggest challenges the sector continues to face and there is an increasing use of technologies like AI to combat this. While this is a big topic in insurtech industry, in today’s Pacific Prime article, we’ll take a step back to discuss what health insurance fraud is and what it does to the sector.

There are a number of different health industry incidents that can be viewed as fraudulent. Some relate to actions taken by a patient, others by doctors, physicians, and other medical specialists. There are also incidents where health providers and related entities commit fraud or partake in corruption in order to draw more profit.

In particular, a study by PKF Littlejohn LLP and the University of Portsmouth looked at the following areas as places in the healthcare system where fraud, corruption, and error can occur:

In their report, the problem of healthcare loss analysis saw a global average loss rate of 6.19% as a proportion of global healthcare expenditure.  Under these conditions, any healthcare organization and any area of expenditure could see losses of at least 3%, probably more than 5%, and, in more extreme cases, well over 10%.

Health insurance can often be a factor in any and all of these incidents, simply by virtue of the fact that insurance is where the money is. Insurance fraud is often looked at as the simple act of misrepresenting facts or being deliberately dishonest to receive more from an insurance payout than normal. While the fortunate fact is that only a small percentage of individuals and businesses engage in fraudulent and corrupt behaviour in the health sector, that small number of people still end up costing tens of billions of dollars in the United States alone.

There are a number of common types of fraud in the health insurance sector, which can include:

Patients and insured individuals are more simple in their fraudulent actions. Many cases of patient fraud simply involve undisclosed pre-existing conditions, or being dishonest about the nature and extent of an injury in order to receive higher insurance payouts. Indeed, cases of completely fabricated claims, and physician-shopping to obtain multiple prescriptions are also common; all of which simply exacerbates the challenge the sector has in stamping out corrupt practices. 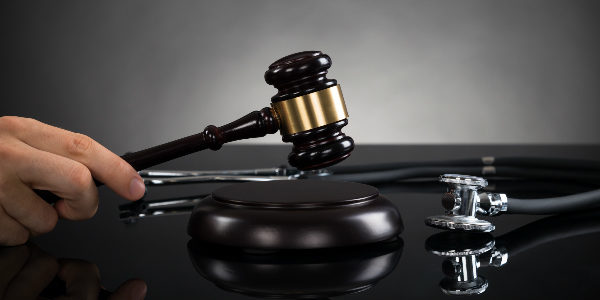 The hidden costs of medical fraud

One of the main issues with doctors ordering unnecessary treatments, otherwise known as overtreatment, is that it takes valuable health resources away from those who really need it. A 2017 survey of 2,106 physicians in the United States found that doctors believed that 20.6% of all medical care was unnecessary; including 22% of prescriptions, 24.9% of tests, and 11.1% of procedures. While fear of malpractice and patient demands was said to drive most of their beliefs about overtreatment, more than 70% of doctors conceded that physicians would perform unnecessary procedures when they profit from them.

This disappointing finding can be considered to contribute, in part, to the overcrowding of health systems, and their hospitals and facilities around the world. The first and most obvious impact is on patient health; those who cannot find the services they need, or those facing long wait times, can lead to cases such as in the UK where tens of thousands of patients waited more than 12 hours on A&E trolleys. However, medical staff suffer too. In Hong Kong, nurses in the overcrowded public health system protested outside government headquarters.

A nurse surnamed Chan at the protest in early 2019 told HKFP that hospitals were overcrowded and urged the government to spend more on healthcare: “It is very sad for patients and family members. I may have to stay in a hospital in the future too, and I don’t want the environment to feel like a battlefield. I have to take care of up to 20 patients at the same time. You will understand the quality of service we are providing, and that it is easy for us to make mistakes”.

Receiving timely care from alert and attentive professionals is imperative in health sectors around the world. Yet, patients can also bear some responsibility for hospital overcrowding. In a 2016 study of Korean hospital frequent users, 3.1% of all Emergency Department patients accounted for 14% of all visits, and consumed more than 17% of total ED costs. Granted, Koreans are covered by a national health insurance system, but having insurance can make individuals more likely to seek medical treatment from a hospital – even if the issue is something minor. In the insurance industry, this insured-behaviour fact is the reason that deductibles exist.

In addition to the more recent issue of cyber attacks for digital medical data, insurance companies and their consumers have also been targets of traditional identity theft. The ramifications for individuals can range from financial, where sensitive information such as addresses, credit cards, and social identity numbers can be stolen, to medical. Medical issues arising from identity theft can have more serious consequences, from unauthorized use of finite health benefits to having the perpetrator’s medical information mixed with the victim’s. This could lead to dire consequences related to incorrect medication or blood types.

For instance, in January 2019, Dr. Paul Biddle, a 54-year-old, New York-based anesthesiologist who also operates a medical marijuana practice, pleaded guilty to medical identity theft. He stole patient identity data so that he could write prescriptions and divert opioid medication to his home and office. According to reports, Biddle was illegally ordering controlled substances by using the Personally Identifiable Information (PII) of 23 patients, two of whom were deceased.Over the course of four years, the doctor was responsible for 888 fraudulent prescriptions for opioids which includes hydromorphone, fentanyl, and morphine.

Physical or lethal harm to patients

Where physicians are drawn to overtreat patients with unnecessary procedures or services, sometimes those decisions can be fatal. Whether it be the demand of a patient or doctor, ordering too many tests increases the risk of falsely diagnosing, misdiagnosing, or overdiagnosing a disease, which can lead to harmful courses of medication or treatments being prescribed. Overdiagnosis is where an anomaly is identified, such as cancerous cells, however, it is viewed – either mistakenly or deliberately – as being important enough to warrant immediate medical attention. Some cancers can regress themselves, without the need for chemotherapy or radiation.

In more serious cases, healthcare fraud can lead to deaths. In 2016, a health care provider was sentenced to 10 years in prison for cheating Medicare, Medicaid, and private insurers out of more than USD 20 million. The worst part of this crime is that the false radiology reports produced by this X-ray company resulted in the death of at least two patients. One nursing home resident had their chest imaging misread, failing to detect a congestive heart failure, while the second patient underwent elective surgery despite her imaging showing a mild congestive heart failure.

According to an article in The Telegraph, overtreatment and fraud have long been a driver of accelerated insurance inflation. Health insurance fraud has cost both governments and private insurers hundreds of millions in recent years, and yet these losses need to come from somewhere. In the case of government-provided social health coverage, fraud and corruption losses generally come out of hospital and health sector budgets. Patients of public services suffer, as under-resourcing and overburdening further reduce the quality and standard of the care they seek.

For private insurers, however, fraud losses are instead levied amongst consumers. Insurance companies are risk managers. If trends indicate that fraudulent activities are becoming more frequent or bolder, you can expect the insurance premiums will be adjusted in order to soften the blow these incidents can inflict on their shareholders. They are, after all, businesses. One of the biggest barriers to maintaining premium stability for many insurers is that methods for measuring, identifying, and understanding just how much fraud is accurately being carried out; for example, PKF and the University of Portsmouth suggest that low-value fraud is common, while large-scale examples are fairly unusual.

For a deeper dive into the cost of health insurance trends the world over, check out our video below.

What can I do to help combat fraud in the healthcare system?

If you’re a company, check out our previously written article on the steps you can take to tackle fraud. For individuals, here are a few things to think about to ensure you’re doing your bit to uphold the integrity of the healthcare system:

Further to ensuring you’re empowered and protected personally, also think about your influence on the health sector from a social standpoint. The three biggest factors related to fraud are:

If you can, try to influence the policymakers in your country to ensure that the health sector is well supported in their fight to keep healthcare system and insurance fraud down.

Where can I seek reputable, independent advice?

Using a broker like Pacific Prime, you’ll have access to independent, unbiased advice about both the providers in a healthcare system, and the insurers that offer cover for it. We’ve been delivering medical coverage solutions and support to both individuals and corporate businesses for over 20 years; and we’ve built a reputation for simplifying insurance. Partnering with us, you’ll be guaranteed a team that not only cares about your wellbeing, but the wellbeing of the industry we operate in – that’s why we’re so interested in spreading as much information as possible about how we can all combat health insurance fraud and corruption.

If you’re in the market for insurance or employee benefits, and want to deal with a leader with integrity, contact the team at Pacific Prime today.