Last month, the Expat Life Awards Ceremony was held in Beijing where the local expatriate community was invited to vote for their favourite products and providers across various industries. 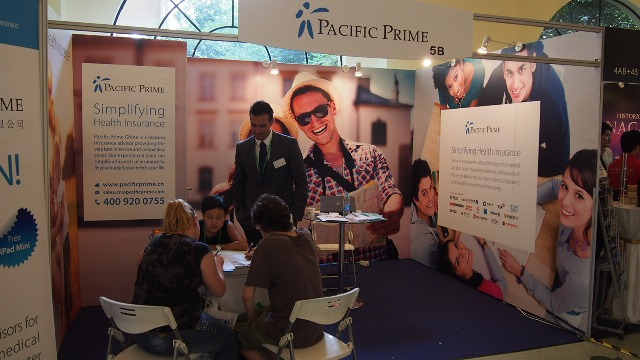 Pacific Prime was nominated for the Expatriate Life Awards in Beijing last month. Nominees were divided by industry, and the local expatriate community was invited to vote online for their favorites in the categories of ‘Best Vendor’ and ‘Highly Recommended Vendor’ for each industry.

As Beijing continues to thrive as an expatriate hub, the list of service providers for them has flourished. Some would even go so far as to say that it has now become a difficult task for local expatriates to know which provider or vendor will suit their needs the most.

Enter the Expat Life Awards! Organised by the China Expert and FCGroup, the ELA’s provide people with a chance to not only show support for their favourite product or service, but also benefit their growing community.

The Expat Life Awards Ceremony was held alongside the Expat Fair on Sunday the 21st of September. Guests were invited to browse numerous booths set up by participating vendors before enjoying the awards ceremony itself.

Pacific Prime was included as part of the Health Insurance category along with 5 other companies, and was presented with ‘Most Highly Recommended’ honours. As an insurance broker, Pacific Prime takes pride in putting its clients’ needs ahead of the insurers it works with, so to have received this recognition from the very people we strive to help was extremely rewarding.

Pacific Prime would like to thank the award organizers, but most importantly, we would like to extend our most sincere gratitude to those that voted for us. We hope we will be welcomed back next year, and will continue to proudly provide the Beijing expatriate community with all the health insurance support and assistance it requires.