Cancer vs. Heart Disease: Which Costs Insurers the Most Money?

With cardiovascular patients possibly outnumbering cancer patients worldwide, we explore whether rising insurance premiums are driven by greed or by necessity.

Where Your Insurance Dollars Go

Cancer has yet to replace cardiovascular disease as the leading medical condition worldwide -- despite predictions from insurers. However, insurance claims for cancer are still on the rise in Asia Pacific and Europe and represent a disproportionate number of “high-cost” or “catastrophic” patients -- those who cost insurance companies more than $100,000 per year.

Worldwide, cardiovascular disease causes the highest incidence of medical claims, with cancer coming a distant second in some regions, and taking a backseat to gastrointestinal and musculoskeletal claims in the Americas.

The Cost of Cancer

Cancer affects about 4 percent of the total population of a health insurance plan, according to a report by Milliman, an actuarial and consulting firm.

The cost of cancer depends heavily on the intensity of treatment. The average cost is about $49,000 per year, per patient, according to a 2011 report. For patients who aren’t undergoing chemotherapy or being treated surgically (about 40 percent of cancer patients), treatment can fall as low as $14,000 -- enough to be an issue for the uninsured, but not enough to be a significant driver of premiums.

There are two distinct kinds of cancer patients, but most don’t qualify as “catastrophic” according to the financial definition, costing more than $100,000 annually to treat. About 22 percent of the cancer population is receiving chemotherapy, which ups costs significantly for the insurer. For the 15 percent who are treated with surgery and chemotherapy, the average cost per year rockets to about $123,000.

The Cost of Heart Disease

Patients who require cardiac revascularization, which can include anything from percutaneous coronary angioplasty (PTCA) with or without a stent to coronary artery bypass surgery, cost an average of $73,000 annually.

Though cardiovascular patients typically cost more per member than cancer patients, cancer accounts for a far greater percentage of total high-cost patients, accounting for nearly 40 percent of patients in the $200,000 - $300,000 range, and more than 30 percent in the $400,000+ range. That means that even though a heart transplant could cost upwards of $200,000, cancer still has the potential to cost insurance companies significantly more than heart disease.

How Insurance Companies Can Keep Premiums Down

A report by the World Health Organization for the World Economic Forum recommends certain avenues for insurance companies and governments that help keep medical care costs low. Topping the list are screenings for cervical cancer, and hepatitis B vaccinations to prevent liver cancer. For cardiovascular disease, the report recommends treating heart attacks with aspirin and well as counselling and multi-drug therapy for current cardiac patients and those at risk of heart attack.

In terms of cardiovascular disease, the WHO report suggests that, spread out over the next 15 years, an $8 billion annual investment in these “best buys” and priority interventions could produce an economic benefit of $25 billion. Naturally this would require a firm commitment from governments, development agencies and the private sector, but it’s comforting to know that such investments pay off.

Poor habits of the insured are among the top three factors driving medical care costs, according to a report by Towers Watson. About 48 percent of insurers worldwide listed wellness and well-being features among the most effective tools for keeping costs down. Some insurance companies will guarantee a certain premium to employers that offer a wellness program to their workers, provided that program has been shown to produce some benefit.

This policy can be problematic since not all wellness programs are created equal. It’s important to establish a strategy and plan of evaluation before implementing such a program. Employees must be assessed beforehand, in order to achieve quantifiable results.

Dollars invested in on-site intervention and exercise programs provide a major payoff for both the insurer and the insured. At the MD Anderson Cancer Care Centre in Texas, an injury care unit was created and staffed with a physician and nurse. As a result, worker’s compensation premiums were reduced by 50 percent, and within six years lost work days declined by 80 percent, according to a report by the Harvard Business Review. A study by Johnson & Johnson estimated the rate of return on a wellness program at $2.71 for every dollar spend.

Other benefits abound. Companies with healthy employees have higher rates of retention, according to another study by Towers Watson and the National Business Group on Health. Wellness programs also tend to lower absenteeism in employees and result in overall higher productivity.

All facts and figures cited in this article are the result of long, meticulous studies on behalf of government bodies, actuarial and consulting firms. But one thing they fail to address is personal responsibility. We have a duty to ourselves, to our communities and to the world to take proper care of ourselves the best way we can. How might these figures be affected if we all chose to walk a little more and drive a little less, a second helping of veggies over a third helping of mac and cheese, or a meal at home with a loved one instead of a meal in the car with the radio?

That’s a future worth looking into.

All cost estimates are in USD and can be verifiable in the following studies:

If you would like to know more about insurance premiums, or if you have any questions, do not hesitate to get in touch. Our advisors are always on hand and happy to help with any insurance inquiry you may have.

No matter where you are based in the world, we can help find an insurer to meet your needs. To find out more about who we work with and the policies we offer, check out our insurers page.

If you are suffering from cancer or heart disease, it is highly important you have the most suitable plan to meet your needs. We offer a range of health insurance plans and can help you find a customised solution to whatever your requirements may be. 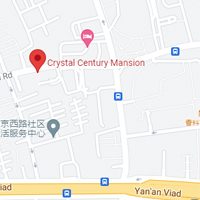 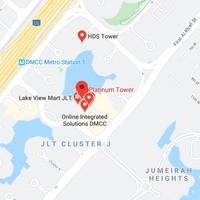 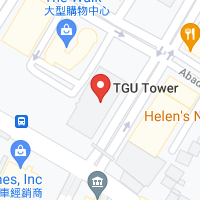 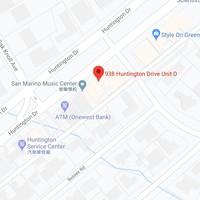 We are here to help! We will do all the hard work for you, and recommend the best options for your needs.
Email*
Contact Number*
When to call
Thank you for your enquiry, we will be in contact soon.
Health Insurance Plans