Stroke: No Longer a Disease of the Rich, Nor the Old

New research shows that strokes are becoming more and more common amongst young people and people living in developing countries. We explain. 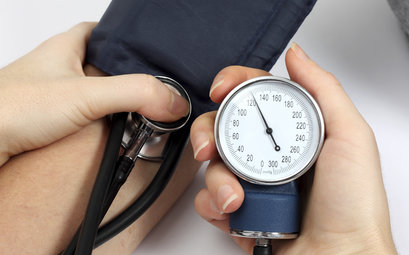 When the brain doesn't get enough blood, it loses function rapidly. Within a few moments of a blood supply cut off, the stroke victim will experience weakness in the face, difficulty moving their arms, and potentially, loss of consciousness. If blood flow is cut off for an extended period of time, difficulties in movement and speech can be long-lasting and require months of even years of rehabilitative therapy. Around the world, about 15 million people experience a stroke every year, and unfortunately, stroke is a problem that appears to be getting worse.

According to two new studies published in The Lancet medical journal, stroke-related fatalities and disabilities could double by the years 2030. What's more, both studies also found that stroke victims are becoming more widespread, and younger and younger. In the past, stroke primarily affected the elderly; before 1990, just one quarter of stroke patients were under age 65. Now, however, more than 31 percent of people who suffer a stroke fall into this younger age range. Why are younger people having more strokes?

Medical researchers say that poor lifestyle choices are one major reason for the increase in youthful stroke victims. People between the ages of 20 to 64 used to have a very small chance of experiencing a blood clot and subsequent cut off of blood supply to the brain; but now, due to tobacco use, less exercise and less healthy diets, young adults are putting themselves at risk of blood clots and strokes. High blood pressure greatly increases the risk of stroke, as does high cholesterol. Therefore, a diet rich in processed red meat along with a cigarette habit can greatly increase a person's chance of experiencing a stroke. As more and more countries around the world integrate fast food and processed meals into their diets, more incidences of stroke are likely to occur.

This research from The Lancet and the World Health Organization indicates that in the future, stroke education and prevention efforts should be directed toward young adults as well as the elderly, and toward low-income as well as high-income nations. As long as the myth persists that young people are safe from stroke, or that it's a disease which can only affect people with high-cholesterol diets, incidences of both types of stroke are likely to grow.

In the unfortunate event where by an individual suffers a stroke, a lengthy stay in a hospital can be expected. The costs associated with such a stay and perhaps intensive care treatment can be very high. Recovery from a stroke can also require long term rehabilitation including physiotherapy and specialist consultations.

A top quality health insurance plan can provide cover for such eventualities. Costs including hospital accommodation, physiotherapy, surgical fees and diagnostic tests are all generally covered. Policies can also include medical evacuation, allowing the insured to be evacuated to the nearest appropriate medical centre in the situation whereby necessary treatment is not available locally. Having health cover for such eventualities is very important and can save the individual from high medical costs in the future. To discuss your health insurance requirements further please contact us today.