The Latest Developments at AXA

AXA has announced several recent developments, such as competitive premium increases, a new strategic alliance, and a reduced maternity waiting period for their SmartCare Exclusive plan.

In a continued effort of delivering the best possible service to clients, AXA has made some changes to its SmartCare Exclusive plan, effective October 1st. The maternity waiting period has been reduced to 12 months, and premiums will have an average overall increase of 8%. AXA is also in the process of forming a strategic alliance with Chinese company Tian Ping, which will strengthen AXA's position in the Asian continent. 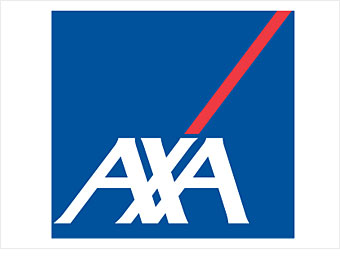 Previously, the maternity benefits in AXA's General SmartCare Exclusive plan could only be added at renewal (one year after purchasing the policy), and after that, clients would have to wait 12 months. As of October 1st however, the maternity benefits can now be added on the day of purchase, although the client must still wait the usual 12 months required by most insurance companies. So, basically, the waiting period with AXA SmartCare Exclusive changed from 24 months to 12 months.

However, it is important to remember that AXA, like most insurers, will not cover medical treatment related to pregnancy or childbirth during the waiting period.

A plan with the right price

Traditionally, insurers update rates for international insurance according to the inflation of medical costs every year. In the case of AXA's General SmartCare Exclusive plan, the rate increase is only 8%, which is slightly below the 10% general benchmark for this industry. All benefits, limits and essential features of this plan remain unchanged, except for maternity as explained previously.

According to AXA General Insurance, this relatively low rate increase is "due to a good loss performance", meaning that the plan was already suitable at the right price. Furthermore, the price stability for the SmartCare Exclusive plan displays AXA experience and knowledge of the market, which could translate to an excellent long term investment for the client. As the company itself has stated, they are determined "to become the preferred company by establishing and maintaining long-term relationships with our customers based on trust".

For over 70 years, AXA Group has been providing products and services such as insurance, savings retirement and financial planning. AXA is regarded Europe´s No. 2 insurer, meeting the needs of over 102 million customers worldwide.

Recently, AXA became a WOFE (or WFOE, a Wholly Foreign-Owned Enterprise) under the name AXA General Insurance Company Limited. The company will most likely change names once more time to AXA / Tian Ping thanks to a merger with the insurer Tian Ping, one of the China´s oldest auto insurers.

AXA General Insurance was the first European insurer established in Shanghai (in 1997) and is licensed to provide a full range of general insurance products, such as commercial insurance, insurance packages for corporations and individuals insurance.

Back in April, AXA reported that they had entered into an agreement with Tian Ping Insurance Company Limited to acquire 50% of the company for US$631 million (€485 million). AXA and Tian Ping´s current shareholders will jointly control Tian Ping. However, they are waiting to receive a formal confirmation of approval from the China Insurance Regulatory Commission (CIRC) in the last days of October or the first weeks of November. AXA´s existing Chinese P&C (property and casualty) operations are expected to be integrated within the new joint-venture.

AXA has pledged to double its size in "high growth" markets and this alliance will strengthens its position as the biggest P&C insurer in Asia excluding Japan.

In September, Interbrand confirmed that AXA is part of the top 100 Best Global Brands and is first global insurance brand for the 5th consecutive year. The AXA brand is valued at US$7.096 billion.