The Affordable Care Act for Expats

Pacific Prime's ACA section is dedicated to answering any questions you may have regarding the Affordable Care Act and ACA compliant health insurance.

IMPORTANT UPDATE FEBRUARY, 2018 -- In late December 2017, President Trump signed into law a law that repealed the tax penalty associated with the Affordable Care Act (ACA) starting in 2019. To be clear here, the ACA is not dead. What this new bill means is that the penalties associated with not having compliant healthcare in place when you file for taxes will no longer apply when you file in 2019.

The important thing to be aware of here is that you are still required to have health insurance in place before you file taxes in 2018. If you do not, you could still be fined.

IMPORTANT UPDATE MARCH 07, 2017 -- On March 6, 2017, the Republican party announced their plan for the Affordable Care Act (ACA). Starting as early as March 8, the ACA will undergo sweeping changes that will undoubtedly affect millions of Americans both in and out of the US. That said, as of the writing of this update the Republican's plan has not been voted into law meaning that none of the proposed changes are effective. For the time being the ACA is still intact as is.

Pacific Prime is keeping abreast of the changes and will update the relevant information and pages within this section as and when the proposed changes become law.

As a result of the Affordable Care Act (ACA) introduced in the US in 2010, all American tax paying residents including most inbound and outbound expats (people leaving their home country to live and work in another) are required to secure an ACA-compliant health insurance plan. The ACA is a complex law with numerous regulations that can often lead to great confusion, and as such some of you may be concerned as to whether the new ACA regulations will affect you.

What is the ACA?

The ACA, officially termed the Patient Protection and Affordable Care Act (PPACA), otherwise known as ‘Obamacare’, is a US federal healthcare statute enacted in 2010 with the goal of enhancing the quality, accessibility, and affordability of healthcare in the US by working on measures to curb the growth of both private and public healthcare spending. The mandates set out by the ACA impose a wide span of jurisdictional linkages, intersecting multiple agencies, state and federal health, as well as labor tax rules, to which there are also legislative implications for globally mobile expats, spanning two major categories: taxpayers leaving the US (outbound expats) and expats moving to the US (inbound expats).

How does the ACA affect expats?

Because of the complexity and uncertainty surrounding the new set of ACA regulations, many inbound and outbound expats have been subject to paying hefty fines when seeking treatment in the US without an ACA compliant plan or without meeting their “Minimum Essential Cover” (MEC). The US is known for its strict healthcare laws, and the government officially follows a “play or pay” policy when it comes to securing plans that meet ACA regulations. Both inbound and outbound expats should be aware that ACA regulations include a number of caveats, one of them being that people who spend under a certain amount of days in the US are legally required to have an ACA-compliant plan.

Are expats entering or leaving the US subject to ACA-related fines?

The law around the securing of ACA-compliant health insurance is quite clear: If you are an eligible US tax paying resident (this includes American citizens and US visa holders who have left the US and foreigners moving to the US under specific visa/Green Card categories) you are required to prove that you have secured a health insurance plan that meets the Minimum Essential Cover requirements. To learn more about the eligibility rules around who has to secure compliant health insurance, view our eligibility page.

In short, if you are required to secure ACA-compliant health insurance and neglect to do so you will be facing a fine which could be more than USD 4,000 for a family of four. It is essential therefore that all residents leaving the US and foreigners with visas going to the US are aware of the fines and how they are levied. Visit our section on ACA fines to learn more.

Info Center for Those Inbound to the US 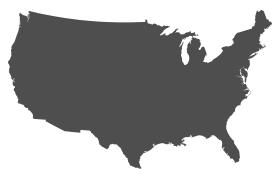 Important ACA information for foreigners who will be moving to the US in the near future or who are already living in the country.

Info Center for Those Leaving the US

Information on the ACA, fines, and plans for American citizens and residents holding US Green Cards or Visas who are leaving the country.

Read about the average cost of international health plans in 100 locations, as well as unlock analysis on the latest health insurance trends.
Download Now