Singapore saw an IPMI percentage increase of 9.5% in 2015, which means that Singapore is not only tied for having the largest annual rise in premiums in Asia, but also has increased the most year-on-year among the high-cost Asian countries (China, Singapore, and Hong Kong). When compared to the Consumer Price inflation in Singapore - 2.53% as of March 2015 - IPMI inflation paralleled an increase over the figures seen in 2014, which could indicate an overall increasing trend in the coming year.

Pacific Prime has identified three contributors, beyond the four major inflation contributors in this report, to the IPMI inflation figures seen in Singapore in 2015:

In Pacific Prime's view, the new Medishield Life (public/universal health insurance for Singaporeans which was scheduled to be fully revamped by end of 2015), combined with increasing costs at private facilities will drive inflation rates higher in the future. 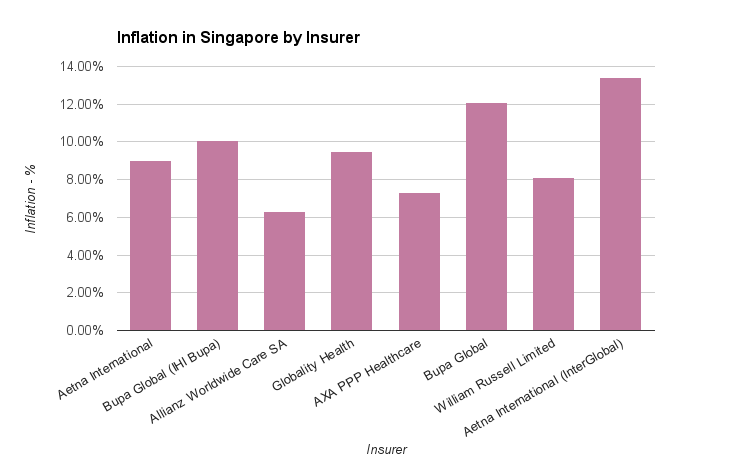