With the highest healthcare costs in Asia, having private medical insurance in Hong Kong is perhaps more necessary than in any other country in the region. In 2014 Pacific Prime’s commentary on IPMI inflation in Hong Kong was that a slowing in the number of expatriates entering the city had lead to a slowing of demand in the market, and a relatively low 7.5% inflation rate.

In 2015, Hong Kong had an IPMI inflation rate of 9.5% and a Consumer Price Inflation of 3.75%. Interestingly, IPMI inflation does not seem to follow local consumer price inflation which has remained mostly stable for the past four years. What, then, explains the bump in Hong Kong’s IPMI inflation rate? We have identified two major contributors to this inflation along with the four listed in the Global overview section above: 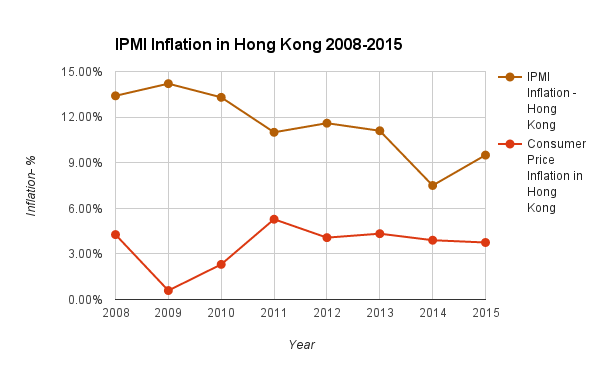 The range of inflation rates among individual insurers in Hong Kong was anywhere from a 6.3% increase to a 13.4% increase. While it is good that Hong Kong’s rate has not returned to the double digit increases that it used to have on an annual basis, this year’s increase comes close, and is expected to creep up again next year, which is not welcome news to consumers.