There are six locations included in the SEA region this year: 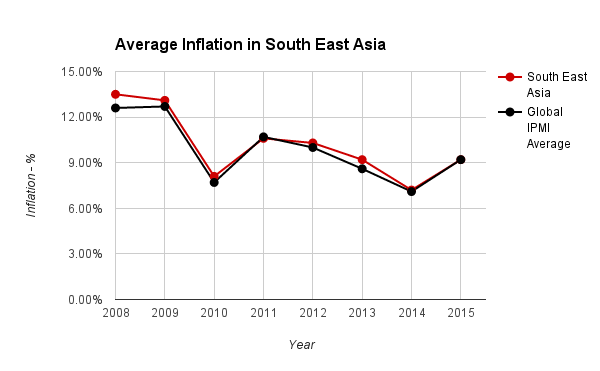 When looking at the average inflation of the six locations in the region, 2015 saw premiums increase at 9.2%, a 2% rise over last year's average regional inflation of 7.2%, yet equal to the average global inflation for 2015. When comparing the previous report figures it would appear that international medical insurance inflation in Asia is tracking the world economy. While 2015 saw a 2% increase over that in 2014, it was the same as in 2013, yet still lower than the majority of previous years.

Pacific Prime believes that, aside from the four main contributors to inflation listed at the start of this report there are two extra contributors that have led to this year's average increase: