IPMI Inflation in the UK

2015 saw IPMI premiums increase by an average of 9.6%, the highest increase in this year's report. Compare this to the Consumer Price Inflation of 1.8% as of March 2015 and it would appear that IPMI inflation, at least in the past four years has been following a similar, yet slightly more exaggerated trend. 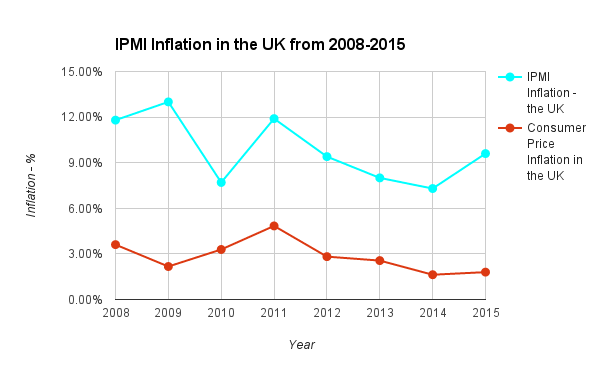 Pacific Prime believes that there is one extra factor seen in the UK aside from the four main contributor to this year's inflation: A recent influx of migrants into the UK has put a significant amount of stress on the public healthcare sector, which has increased demand for private health services who offer care at increased medical costs. This, in turn, has seen an increase in demand for IPMI and insurers shifting premiums to adapt.

Looking at the inflation by insurer in the UK for 2015 you can see that figures ranged from just over 7% (7.3%) to 12.1%, inflation rates that are the least spread out among all of the countries included in this report.

Based on recent events, Pacific Prime predicts that the premium inflation next year will be higher than this year.