The average IPMI inflation for Brazil in 2015 was 9.2%, 1.9 points higher than the 7.3% inflation seen in 2014. While there was an increase in 2015, Brazil's inflation was the same as the global IPMI average. It would appear that over the past five years, IPMI inflation in the country has followed global IPMI trends which is interesting because the Consumer Price Inflation of 5.88% in March 2015 has been largely stable. The reason for this is because many insurers have grouped their plans together, offering the same price in numerous countries. This means premiums in Brazil will follow global IPMI inflation and will generally not be impacted directly by Brazil's Consumer Price Inflation. 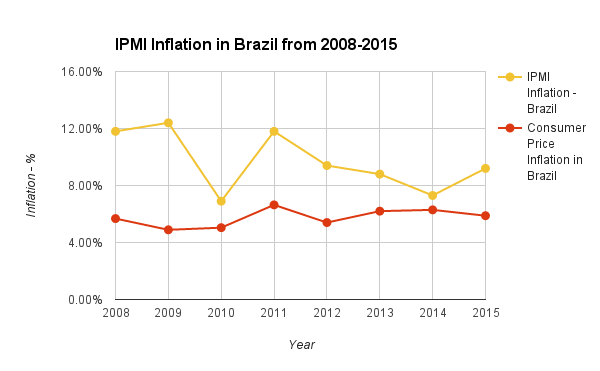 The experts at Pacific Prime believe that there are four key factors that are impacting IPMI inflation in Brazil:

Comparing average inflation by insurer, you can see that premiums are spread between 7.3% and 10.1% which would explain why Brazil's IPMI inflation rate is so close to the global average.

For the coming year, Pacific Prime predicts that inflation will continue to increase, especially if fraud continues and more IPMI insurers are forced to pull out of the market.