The 2015 IPMI inflation report features the most popular international health insurance plans from eight global insurers who offer the same plan in the 10 locations included in this report. This year however saw the finalization of a number of mergers in the IPMI industry including:

As a consequence of this, the plans from both IHI Bupa and InterGlobal (International Health and Hospital Plan; and UltraCare Plans respectively) are included in this report with the old names in brackets 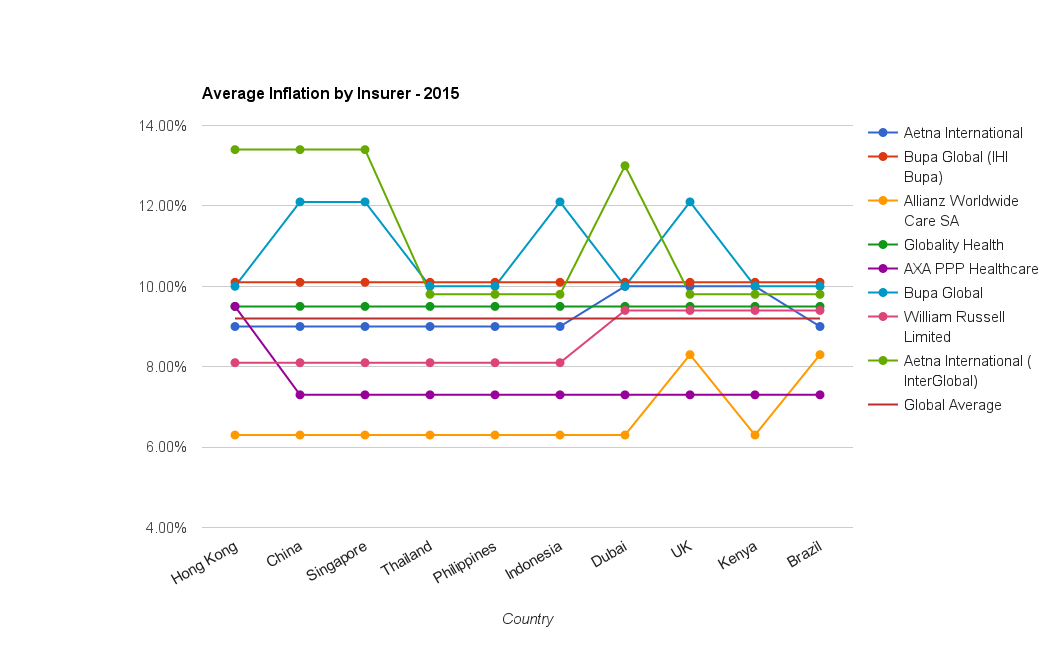 From the chart above, you can see that the average inflation among the providers for each country included in this report is spread out from just over 6% to just over 13% in 2015.

On a global scale (all countries combined), the three providers in 2015 who had the lowest average premium increase are:

All other providers saw average inflation figures of between 9.5% and 11.2%.

A number of providers including Globality Health, AXA PPP Healthcare, and Bupa Global (IHI Bupa) had the same inflation figures in almost every location. The reason this happens is because each insurer will have a different underwriting strategy and its own unique risk exposure. While one insurer may choose to set a different premium structure for every country or region, another insurer that may choose to have just one flat premium structure no matter where the client is based. 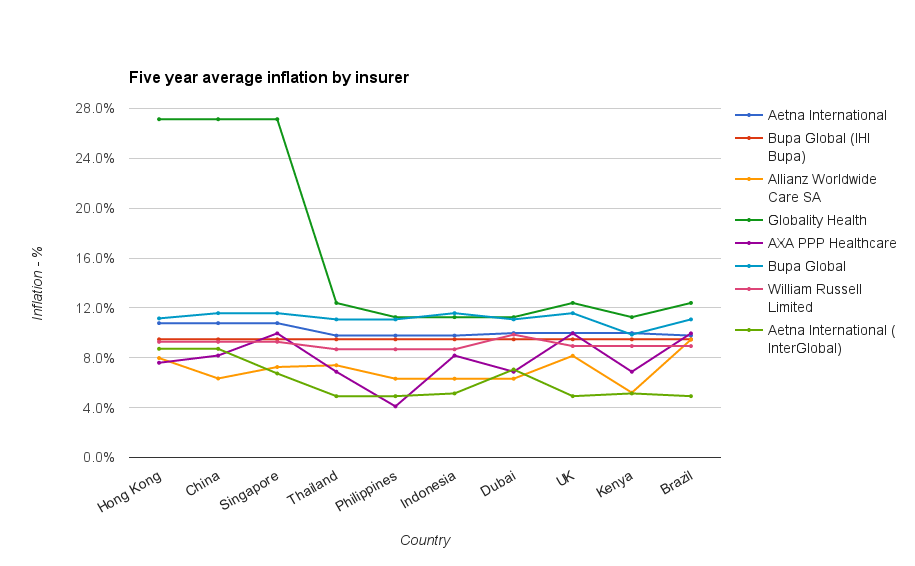 When looking at the five year average inflation of the insurers by country, most of the plans have seen premium inflation in countries of between 4% and 12%. There is one outlier, which is Globality Health with a five year average IPMI inflation of 27.1% in Hong Kong, China, and Singapore. Globality Health had higher-than-normal inflation changes in 2013 and 2014 (34.1% and 63.6% respectively), which can be attributed to the fact that they were relatively new entrants to the IPMI market at the time (first launching plans in the countries included in this report in 2011). The plans they started with in 2011 had higher benefit limits than industry standards, especially in Asia, which saw premiums adjust to reflect this in 2013 and 2014. In 2015, inflation for Globality Health is down to a much more manageable 9.5%.

Based on the five year average, the three insurers with the lowest IPMI inflation are:

All other insurers saw 5 year average inflation rates of between 9.1% and 16.4%.