Wolverine Is Back and Looking Young As Ever. How Does He Do It? 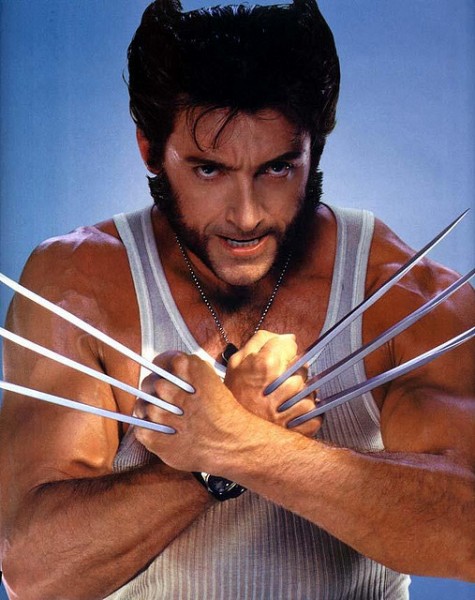 The Wolverine, part six of the X-Men film series, has just been released in the U.S. and fans are eager to learn what happens in the next installment of this cult classic. Actor Hugh Jackman reprises the role of lead character Wolverine as he continues to battle his inner demons, the downside to immortality, and not forgetting his part in the eternal conflict between the mutant forces of good and evil.

Wolverine has been a leading character in each of the five previous X-Men films. His creation as a result of a failed military experiment, shady background, volatile personality, occasional wit and vicious fighting skills have ensured his continued popularity among fans of the series. Hugh Jackman portrays the character perfectly – from his mannerisms and fighting style down to his bearded face and physical conditioning. The 44-year-old actor recently let slip some of his secrets to maintaining his youthful looks and perma-like Wolverine appearance, which may alarm some fans. They will also show aspiring actors-to-be just how much hard work and dedication is needed when playing such a demanding role.

Probably the most surprising aspect of Hugh Jackman’s Wolverine fitness program is that he started it over a year ago. After finishing his role in the musical “Les Miserables,” Jackman needed to gain weight and muscle as quickly as possible. He had lost a lot of his bulk and muscle definition for his role in the play, and unsure how best to build himself back up again, got in touch with fellow actor and friend Dwayne Johnson, also known as The Rock. Johnson laid out the following diet and exercise schedule which had to be strictly followed for at least six months to achieve optimum results.

Jackman followed a low carbohydrate, high protein diet. Breakfast consisted of oatmeal and fruit, a turkey and vegetable stir-fry for a mid-morning snack, chicken breast with peas and asparagus for lunch, a peanut mix for mid-afternoon snack followed by a dinner of tuna steak with cauliflower and broccoli. Protein shakes were also included following a morning workout and just before bed. He also completely cut out processed foods, candy, chocolate, sugary foods and soft drinks. In the early stages of the plan, Jackman was consuming roughly 6,000 calories a day which is twice the recommended daily allowance for men.

Because his calorie intake was so high, Jackman was required to work out for at least three hours each day. He split this up into three separate one hour sessions – morning, afternoon and evening – all of which were carried out at high intensity. His warm up routine included rowing, jogging and sprinting, which was followed by a specific weights regime consisting of deadlifts, bench presses, tricep dips, pull ups, push ups and back squats. One photograph recently tweeted by Jackman showed him successfully deadlifting a massive 300 lbs.

Once Jackman had achieved the required weight gain, he then proceeded to the next phase.

With Jackman now at his target weight, the next step was to trim or cut excess body fat which would give him that ripped Wolverine look. This involves more cardio activity, a drop in calorie intake and the use of lighter weights. While the actual fitness program remains similar, this phase is really about speeding things up, raising fitness and endurance levels, and improving the body’s overall muscle tone and definition.

Aerobic exercise or cardio activity takes on a more important role in this phase. Jackman continued with his same warm-up routine although now he added specific targets and goals to his exercises. Rowing, for example, became a flat-out race to row 2 kilometers in seven minutes. To put this in perspective, those with little rowing expertise will struggle to get anywhere near that distance in the time frame allowed. After a light jog, Jackman then ran 50 meter sprints 10 times in total with a 30 second break in between each sprint.

To achieve full-body muscle tone, Jackman continued with the same free weight program but now with more repetitions and lighter weights. This allowed him to fully exercise specific muscle groups for longer, thus improving his overall strength and removing excess body fat. As stills from the movie will attest to, Jackman managed to reduce his body fat to zero by the time filming was due to begin.

Jackman hasn’t been as forthcoming with his diet for phase two as he was for phase one. What we do know is that he said he ate lots and lots of brown rice, chicken and steak! He also admitted to dropping his daily calorie intake from 6,000 to about 3,500. This reduction, coupled with an increase in cardio activity, helped him to shed excess bulk and provide him with the leaner and more chiseled physique of Wolverine.

Although there can be no doubt that following Jackman’s routine will help many to become fitter and stronger, will it also make us look younger too? Who knows. There are not many people who can commit themselves to such a fitness and diet program. Jackman is now 44, but looks at least 10 years younger than that. Maybe those age-defying and rugged good looks are a natural gift  and one that cannot be achieved in the gym after all.

Who is Pacific Prime? Visit our site to learn more.

Maternity insurance: What are “waiting periods”?
Nepal and Tibet for Every Budget
Allergic to.... what?