Visit 3 of the Most Incredible Places on Earth 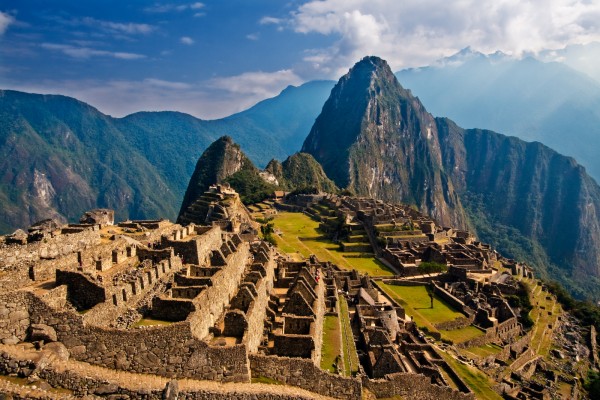 Our world is full of amazing places to see and visit – certainly far more than any list could possibly hope to try to convey. Here, we put forth our top three must-visit destinations, all sure to take your breath away.

Positioned on the beautiful and rugged northern coast of the Scandinavian peninsula, Troms is graced with picture perfect fjords and majestic mountains, but it is not these views that make it such a popular destination for many visitors from around the world. Due to its positioning relative to the Earth’s magnetic poles, Troms is one of the best places on the planet to experience nature’s incredible spectacle Aurora Borealis, more commonly referred to as the Northern Lights.

One of the most awe inspiring things that anyone can bear witness to is seeing the lights of Aurora Borealis dance and flicker across the horizon, their luminous green hue lighting the night sky in swirling patterns like neon smoke. The phenomena is caused by the Earth’s magnetic fields interacting with solar winds, but having a scientific appreciation of the technical reasons as to how this occurs does little to detract from its majesty as the lights paint the sky with an unearthly, surreal colour in an eerie silence that further increases the feeling that you could be on another planet.

Having the right weather conditions can play a huge part in being able to see the Northern Lights, but with a bit of planning, patience and luck, visitors should be able to witness this incredible phenomena. A clear night sky is important, as well as making sure the area you wish to view from is not affected by light pollution from larger cities. The Northern Lights are best experienced from late autumn to early spring (late September – mid March) and visitors should avoid the full moon as the light that it produces diminishes the experience considerably.

You won’t find Black Rock City on most maps, but for seven days each year it springs from the dry, uninhabitable lake bed of the Black Rock Desert in Nevada, hosting one of the most unique arts, music and lifestyle festivals on earth: the Burning Man festival. For seven incredible days Black Rock City is created, a pop-up city and neon wonderland consisting of RVs, teepees, yurts, geodesic domes and seemingly endless dust referred to affectionately as ‘the playa.’

Tens of thousands of participants from all walks of life make the pilgrimage from across the country and indeed the globe to build a temporary community: the entire festival is almost entirely created by the people that attend the event. Probably one of the most avant garde and wildest festivals on earth, Burning Man is a place for people to come together to celebrate radical self expression, creativity and sustainability free of rules (beyond those that serve to protect the health and safety of the general community) and the general expectations of society (like wearing clothing for example). Individuals are actively encouraged to express and rely on themselves to a degree that is not required in general life outside the playa – to create a different society based on the principles of inclusion, decommodification, radical self reliance, self expression, communal effort, civic responsibility, leaving no trace, participation, immediacy and unconditional gifting.

From humble origins of a small gathering of people on a beach in San Francisco, the festival moved to its current home in Black Rock City in 1990 and has grown exponentially since, attracting a dedicated following that often return every year. The whole event culminates with the burning of a giant wooden effigy, effectively representing the festival as a whole erupting in a brilliant display, burning bright before eventually settling and returning to the earth again. Truly one of the most unique places on earth, Black Rock City and the Burning Man festival are a life changing experience and one that any visitor will attest is not easily forgotten.

Located 80 kilometres northwest of Cusco, Machu Picchu is often referred to as the “Lost City of the Incas” and is probably the most familiar and certainly most iconic pieces of surviving Incan civilization. Perched upon lofty peaks of the Andes, more than 9,000 feet above sea level, it stood as the stately administrative and religious centre of the Incan Empire.

The site of Machu Picchu is a feat of extraordinary craftsmanship boasting stone walls that have been cut incredibly precisely and assembled without the use of any mortar in the joints. In many cases the fit is so precise that one cannot even insert a credit card between the gap. Whilst an incredible feat of engineering in its own right, especially considering that the Incas had no access to modern tools, this building method has actually served to protect many of the ancient structures. Being relatively close to a tectonic plate, seismic activity in the area has levelled entire sections of nearby Lima and Cusco, but when tremors occur around Machu Picchu the stones in the Inca building rumble through the tremors and then shift back into their original place.

The trail to Machu Picchu has often been described as one of the most impressive short treks on earth and is a wonderful way to take in the breathtaking scenery of the Andes and explore the relics of an ancient civilization from centuries before our time. The closest major town, Cusco is nestled near the Urubamba Valley and makes a great place to get acclimatized to the 11,200 foot altitude. More importantly, Cusco is the base for most treks to the majestic Machu Picchu. Ascending through jungle trails and meandering through mountainous paths along the sides of the majestic Andes, treks generally take three or four days and culminate with a beautiful view of Machu Picchu at sunrise: where lingering clouds eventually part to reveal this ancient and majestic sanctuary.

6 of the Worst: Football Injuries and How Much They Really Cost
Pacific Prime Insurance Survey 2017: Complete our questionnaire and get yourself a free report
An essential step to lifelong health: long-term medical insurance