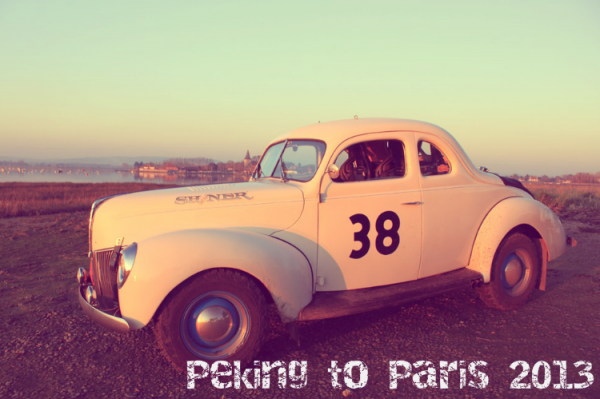 As the world famous vintage car race, Peking to Paris, enters it’s final week, Pacific Prime takes a look at the achievements of the team in Car 38. Michelle Jana Chan, Mike Reeves and Shiner (their beautiful 1940 Ford Coupe) have been put through their paces since the 28th of May when the race began in Beijing.

A lot of preparation went into the Peking to Paris race months beforehand, with Mike and Michelle trying to get some extra driving experience behind them, so they were prepared for difficult conditions. Health and safety is an integral part to the race and the team even managed to prepare with a test drive on an ice track. A week before the race in Beijing, there were still many things left to arrange such as visas, as well as some last minute unpacking as racers attempted to make their cars as light as possible. 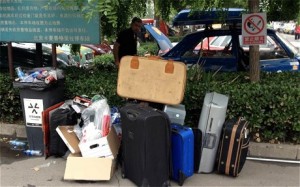 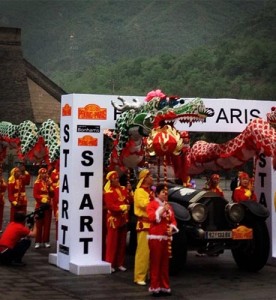 After the race kicked off on the morning of the 28th of May, Shiner and the team performed superbly as they came close to reaching the Mongolian border. The team chose to stay the night in China before entering Mongolia the next day. Over the next few days, the team put in the miles and managed to climb to first place within the the vintage cars category! On day 4, while still in Mongolia, they even climbed to overall first place in the Vintage Peking to Paris Motor Challenge 2013.. Despite this impressive feat, the team remained grounded, tweeting: “Just found out we’re still holding first place at the end of Day 4. Savouring the moment. A long way to go yet.” 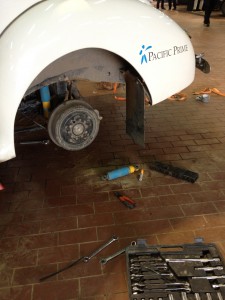 As Mike and Michelle raced through Mongolia, they ran into a few problems with Shiner after hitting rougher terrain. A stop off in Ulaanbaatar had to be made to patch up Shiner as Michelle tweeted; “Fixing shocks, suspension, cutting down gear stick, fixing horn etc etc.” 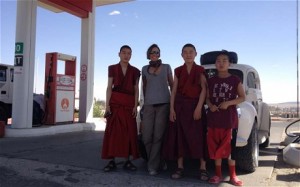 Once Shiner was good to go, the car (and the team) enjoyed the relief of glorious tarmaced roads. A few more minor car problems still didn’t deter them either, and spirits clearly remained high as Michelle posed with some local Mongolian residents, pictured above.

Michelle and Mike collected new experiences as they were forced to camp one night in Mongolia due to being in the middle of nowhere. They weren’t alone, though, as a few other cars competing in the Peking to Paris race joined them too. The next few days were challenging for the team (as well as poor Shiner) which was evident on their Twitter page, “Very tough few days. Lost lead. In 6th place. Fighting back. Thank you for support”. 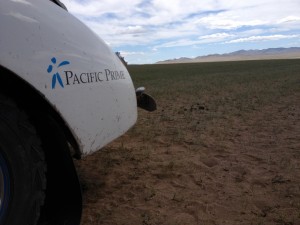 As you can see above, Shiner really was put through it’s paces with sandy terrain, which can wreak havoc on tyres. After overcoming difficult times in Mongolia, Michelle and Mike came back with a renewed energy as they finally entered Russia. 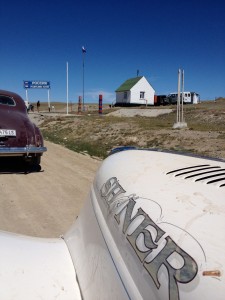 Check back and read part 2 to follow the teams progress and see what happened in Russia!