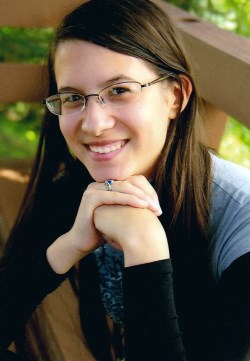 Pacific Prime believes in investing in the education of our future generations and has an ongoing program of scholarships in hopes of doing this. Recently, we provided students with the chance to receive USD $1000 by submitting an essay based on health, travel, diversity, education or all of the above. Three individuals were selected to receive the scholarship and over the next few weeks we will be posting the winning essays.

The second winning essay was written by Brianna Haro. Currently studying Secondary Education at New Mexico State University, Brianna hopes to teach children from a broad spectrum of cultures and aims to begin teaching in Japan next year.

Carlos is by far the most difficult child I’ve ever met in my life thus far. He is rambunctious, talkative, invasive, and disinterested in everything I ever had to say. I was ready to write him off as a hopeless cause. There was no way I was going to make this kid interested in my drum-making project. I started adapting my project and my interactions with Carlos’ 5th grade after-school club. I focused more on the kids who were interested and ignored those who didn’t show any interest in the papier-mâché drums. However, interacting with Carlos was inevitable, as I would later be paired with him for a project. This pairing would help shape my view of all children, and in turn affect me as a teacher.

What is a boy? The question is easy enough for adults. Though, it can cause a bit of comedic tension when young children ask this question. We always give the same answer: a boy is not a girl; a boy likes to do different things from girls; a boy has different clothes or hairstyles. What are we trying to tell kids, really? Are we trying to avoid the awkwardness of explaining anatomy to a toddler or is it because deep down we don’t truly know the answer? What is a boy? Carlos had to answer this question. He tackled it head on, with the kind of certainty only a child could have. A boy like him was someone who played with Legos; a boy like him played video games; a boy like him liked watching action movies. Despite his answers, the more we talked about it the more I realized how knowledgeable Carlos really was. A boy could also play with dolls; a boy could also learn art and music; a boy could also cook. Carlos said all of this himself, not because he wasn’t aware of gender roles. On the contrary, he was more aware of the roles we play in society than an average 5th grade student. It wasn’t just gender, though. It was also race and religion. This boy, somehow, came to be so accepting of all people, even though he was rambunctious and acted like he cared for no one but himself. I started to question why this was so.

I learned that Carlos was not born in the United States. He was bilingual at a very young age. He attended religious functions all the time. However, I think the most influential factor in Carlos’ life was the fact he was a victim of bullying. I knew life was tough for kids in large schools who don’t come from the United States but I never actually heard from such a kid firsthand. Carlos told me all the terrible words people would call him because of his race. He knew all about discrimination and prejudice but he never once let it bring him down. I heard a conversation once from some 8th grade girls who were Caucasian and they didn’t even know what discrimination was until they looked it up in a dictionary. It baffled my mind that this kind of knowledge was so familiar to Carlos, but not to students three years above him. I knew then why I wanted to pursue teaching. There is so much inequity in this world; that Carlos would have to suffer through things the majority of us only see on television is a crime. I am going to combat this inequity with my entire being.

Teaching is not about getting kids to behave. It’s not about making sure they’re interested in what I have to say. I tried too hard to control Carlos, to get him to do what I wanted him to do. He acted out even more because of it. I know now that it wasn’t Carlos who needed to listen; it was I. Carlos had so much to tell me. He was just waiting for someone to listen. I shudder to think that there are millions of kids out there who have no one who will listen. They’re facing trials that children should never have to face. We ignore them because we think they’re just kids, they’re still learning and they’ll grow up and be fine. They’re going to grow up to be just like us: blind and ignorant. These children have stories too, just like everyone else. I’m going to be the one to listen to them. I’m going to listen and show them that there is fairness in the world. I am going to be a teacher.

How to practice sustainability in schools
6 reasons to love the spring season from a health perspective
Will Positive Thinking Help Me Eat Better?
admin
Latest posts by admin (see all)