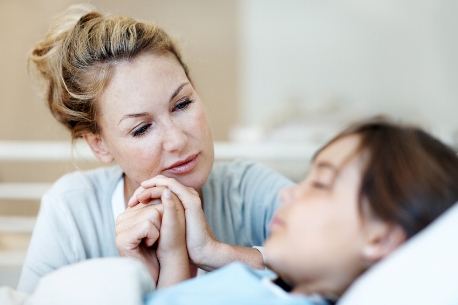 Lifesavers: Acknowledging women throughout history that have had major impacts on health and medicine

It’s International Women’s Day! A day where we not only show appreciation for the women we know that make our lives better each day, but also a moment to educate ourselves on the important contributions made to the world. And there are perhaps no areas that have a broader effect on the lives of people worldwide than those of healthcare and medical science. With this in mind, Pacific Prime would like to take this opportunity to highlight some of the most profound contributions to health and wellbeing worldwide that we have only seen due to the direct contribution of some of the most dedicated and thoughtful women ever to have lived. This list is by no means exhaustive, and great work is being done by women in health and medical science still, but most will agree that the following women deserve to be recognized and remembered for their tireless work.

A pioneer in pediatrics, despite contracting Tuberculosis shortly after graduating from medical school, Dr. Avery persevered through the illness and learned more about lung function. This turned into a passion for respiration that she applied to her work with prematurely born infants.  Having single handedly discover the cause behind respiratory distress syndrome in these children, a treatment was devised for the ailment that is estimated to have saved the lives of over 840,000 people thus far.

At the pinnacle of the AIDS epidemic in America during the 1980s, the medical community was still at a loss for what exactly was causing the disease. Dr. Francoise Barre-Sinoussi was the first of many scientists researching the disease to identify the elusive HIV retrovirus. This excellent work has lead to Barre-Sinoussi being credited with saving over 2 million lives. She was awarded with the Nobel Prize for Medicine in 2008.

Forced into service by the Civil War, Clara Barton was a patent clerk-turned-nurse that was known as America’s “angel of the battlefield” by the time all was said and done. This is because, after recognizing shortages of medical supplies on the battlefield and organizing to have this remedied, she also led the initiative to treat the sick and wounded soldiers there. To put a fine point on how prolific her work was, Clara Barton was also the founder of the American Red Cross in 1881, and the group’s leader until 1904.

Elizabeth Blackwell is known as a trailblazer simply by virtue of being the first ever female medical doctor in the United States in 1849 (which, assuredly, was actually not a simple thing to achieve). Today in the United States, half of medical school grads are women; A figure that can be appreciated thanks in part to the work of Dr. Blackwell. The funny thing is, Blackwell did not even want to be a doctor for most of her life. Working as a teacher, she turned to medicine only after a dying friend confided in Elizabeth that her suffering would have been greatly diminished if only her doctor was a woman.

A Polish chemist, Marie Curie, along with her husband, invented a way to harness the power of X-rays, and apply them to healthcare. She was the first woman to receive a Nobel Prize, and remains the only woman to have won two Nobel prizes. She is also one of only 4 people to win the Nobel Prize in two separate categories (chemistry and physics). The awards are well deserved seeing as countless lives have been improved thanks to the medical technology the Curies developed together.

As much as we feel that mentally ill patients slip through the cracks today, in Dorothea Dix’s day there was absolutely no help for them in the US. However, thanks to her work, the first wave of American mental health facilities was established. In addition to the mentally ill, her career also focused on helping and promoting the rights of others who were often forgotten by society, namely prisoners and the disabled.

Both of these ladies were stricken with whooping cough by the age of five. Due to this fact, you could perhaps say that it was revenge that allowed the pair to change the world. At the height of the disease, it was responsible for over 6,000 mortalities a year inside of Eldering and Kendrick’s home country of the United States. However, using their backgrounds in science and medicine, the pair were able to develop a vaccine that sent incidences of whooping cough tumbling rapidly by the 1960s. As a result, these women have been credited with saving over 13 million lives today.

Even though she never earned a PhD thanks to attitudes about women in academia around the time of the Great Depression, Gertrude Belle Elion did not let that stop her from learning all she could about cancer after seeing her grandfather pass away as a result of the disease. Undaunted by society’s unspoken rules, Elion went on to create the first major drug used to fight leukemia, and developed 45 treatments to aid in battling cancer. Also, she, along with Dr. George Hitchings, developed Rational Drug Design, which was a process for researching and inventing new pharmaceuticals. This methodology was later used to develop drugs such as the popular AIDS medicine AZT. Elion capped her career by winning a Nobel Prize in 1988.

Thanks to her hard work as the first permanent female scientist to be hired by the US Department of Agriculture, Evans found that infections carried by cows could cause illness in humans. This research lead to milk pasteurization laws being put in place that are still keeping populations around the world healthy today.

Franklin’s work led to the discovery of the double-helix model of our DNA as we know it today. Following her death, her colleagues James Watson, Francis Crick and Maurice Wilkins later went on to win the Nobel Prize thanks in large part to her efforts. Rosalind Franklin was also well known for her trailblazing work on X-ray diffraction.

In academia, Alice Hamilton holds the distinction of being the first woman appointed to Harvard University’s faculty. Beyond this, Hamilton’s impact has been long lasting, as she was a pioneer in identifying environmentally hazardous materials as also having a negative effect on human health. Thanks to her, workers around the world today are (or at least should be) working in safe and regulated conditions.

Perhaps the women in medical history who have helped save more lives than any others. Their work as part of the team that developed a vaccine for measles has led to the prevention of over 118 million deaths. Working closely with John Enders on the project, Holloway also previously assisted him in developing a vaccine for polio, for which Enders won the Nobel Prize.

Geneticist Mary-Claire King discovered the genetic marker for breast cancer when the popular thought was that the disease was caused by a random series of environmental and genetic factors. Her research led to the discovery of the exact chromosome (chromosome 17) and gene (BRCA-1) responsible for breast cancer.

Despite belonging to a wealthy family, Florence Nightingale felt an attraction to helping others through nursing early on in her life. Once educated, she was flung into the Crimean War and put on a path towards her now legendary status. Noting dreadful hygienic conditions in medical treatment areas, Nightingale was able to reorganize operations in a way that drastically improved medical outcomes. After the war ended, she proliferated the same ideas by founding her own nursing school that then paved the way for modern nursing techniques.

It is expected of the First Lady today to spearhead sweeping health initiatives in the United States. However, this trend began with Eleanor Roosevelt. As the head of the UN Human Rights Commission in 1948 and one of the authors of the Universal Declaration of Human Rights, Roosevelt ensured that access to health care was considered a fundamental human right.

Margaret Sanger is the original champion of reproductive rights. In addition to being a nurse, she spent her career as an advocate for birth control (even popularizing the term), as well as a sex educator. Mind you, this was in the 19th century, when the public’s tolerance for such ideas was low to say the least. Nevertheless, Sanger went on to open the United States’ first birth control clinic. Other organizations she founded later became what is known today as the Planned Parenthood Federation of America.

In partnership with John Robbins, Schneerson developed a vaccine for Haemophilus Influenzae type b, also known as Hib. While many people may not be familiar with this type of bacteria, they no doubt will be more familiar with the bacterial meningitis that it causes. Since the development of the vaccine Hib disease has been practically eliminated throughout developed nations, which is believed to have saved the lives of 660,000+ lives.

Rosalyn Sussman Yalow developed the procedures that have allowed for screening out infectious diseases from blood donations, thereby preventing the spread of many illnesses through blood transfusions. Although she was a physicist, she won the Nobel Prize for Physiology or Medicine in 1977.

This Chinese teacher and chemist was awarded the Nobel Prize in Physiology or Medicine in 2015 for her work in discovering dihydroartemisinin and atemisinin. For the layman, these are pharmaceuticals used to treat Malaria all around the world. Her work has already saved millions of people from dying of the disease.

This informative article is brought to you by Pacific Prime Insurance Brokers; providers of international health insurance plans that provide high quality medical insurance coverage virtually anywhere in the world. Contact one of our sales agents today to find out more about the plans we can provide through some of the world’s best insurance companies, and get a free plan quote.

Take care of your health with these 5 quick and practical tips for expat women.

Backpacking America – Part 1, An Introduction and Transportation
How can family-friendly policies benefit your company?
3 Tips From Sherlock to Improve Your Mind Power