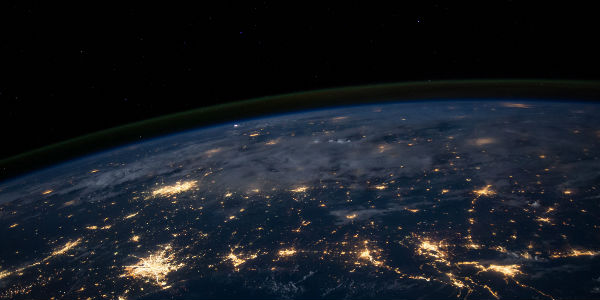 It’s a sad thing to say, but there have been a plethora of storms happening recently. At the time of this article’s writing, much of Houston, Texas is underwater. Hurricane Harvey barreled down upon the city, dumping over 11 trillion gallons of water on the area and causing widespread flooding that has devastated the local community. We at Pacific Prime certainly wish Houston a speedy recovery from Hurricane Harvey, but as insurance professionals, we know that once a modicum of normality is restored to Houston and the surrounding area, insurance companies are going to be counting their losses and comparing this disaster to those in history. To be sure, hurricanes and typhoons are incredibly destructive and costly occurrences, but a new report from Lloyd’s puts these massive natural disasters on par with a danger that is not as much in the forefront of the average person’s mind: cyber attacks. Here, we discuss the report’s findings and examine the potential magnitude of large scale cyber attacks with regards to potential financial losses.

In Pacific Prime’s headquarters city of Hong Kong, there were recently two separate typhoons in a single week. The first of which, Typhoon Hato, has been estimated to have caused about USD1 billion in damages. Being a city that is strongly constructed out of steel and concrete, this is actually not nearly as high a figure as it could have been, even though Hato was one of the strongest storms in Hong Kong’s recorded history. Hato’s damage to Macau, which was substantially more affected by the storm, remain unclear at this point.

Unlike Hong Kong, the homes in Houston, which are generally constructed from wood and other materials that are lighter than what is usually found in a Hong Kong skyscraper, are less able to resist the forces of a large storm. Couple this with the flooding that occurred and the fact that so many more homes are on ground level, and you have a recipe for major damage to property and financial loss. Of course US insurers are highly concerned with how much Hurricane Harvey will cost them in the end. Preliminary reports suggest that losses may come in at around the same amount incurred following landfall of Hurricane Katrina in 2005, which ended up being the United State’s most costly natural disaster in recorded history.

Hurricane Katrina was a somewhat similar situation to what is happening in Houston, as a powerful storm resulted in the flooding of New Orleans, Louisiana and surrounding areas. The damage caused by Katrina was to the tune of USD108 billion! As high as this number seems, it is very possible that Hurricane Harvey will create a similar loss figure.

Considering that all of the above mentioned losses come from huge natural disasters that affect millions of lives in a single go, it might be hard to believe that a single cyber attack could possibly result in as much damage (monetarily, at least). So if this Lloyd’s analysis is true, how exactly would a cyber attack go about doing as much damage as Hurricane Harvey has done to Houston? Lloyd’s wanted to get the point across that cyber crimes, while they may not get the attention in the media that natural disasters do, can affect people and businesses on a very large scale.

As Lloyd’s reports, a hack which takes down a single cloud service provider could see cumulative losses up to USD121 billion, while a virus affecting computer operating systems for many global businesses could come with a USD28.7 billion price tag. What’s more, while Cyber Insurance is gaining popularity around the world, in the event that such a cyber attack were to happen, a large majority of those affected would have zero insurance coverage. So, depending on the degree to which a business is affected, a large loss due to a cyber attack could be back breaking. Even if money lost to hackers is not a major worry, the damage that can be done to a company’s image or reputation can be irreparable. This is because clients and partners can begin to question the security a company has in place, and may think that they are exposing themselves to too much risk.

From an insurer’s point of view, cyber attacks can be just as much of a headache as a natural disaster merely due to the logistics of addressing claims related to large scale attacks. The more people that are affected, the more claims that are made, the more manpower that must be put forth by insurance company staff. Beyond reimbursing damages to policyholders, this is an additional costs that insurers must consider. Of course, not having to send out agents to assess physical damage is certainly a savings for insurers servicing Cyber Insurance policies versus property insurance policies.

One need not search too far back in history to find a cyber attack that caused huge losses for businesses and individuals around the world. As recently as May of 2017, a widespread ransomware known as WannaCry began infesting the systems of Windows operating system users around the world. Exploiting a security flaw that had already been known and addressed by many through Windows updates, the virus made its way into unprotected computers and held all the data on them for ransom. If users did not pay the amount stipulated by the software, it would erase all data on an infected computer.

Much like no amount of Home Insurance can stop a hurricane from wreaking havoc upon a person’s belongings, Cyber Insurance is not a fail safe against being hacked, having computer systems become infected with a virus, or data loss or theft. Ensuring computer systems and data security is something that every business needs to work closely on with their IT team. However, where Home Insurance can repair or replace damage to one’s belongings, Cyber Insurance can go a long way towards protecting a business and ensuring that it weathers the proverbial ‘storm’ of cyber attacks.

Cyber Insurance provides policyholders with different levels of protection. First off, liability for the loss of others’ data is addressed with payouts up to maximum amount, so the insured will likely be protected from all litigation as long as their maximums are set to an appropriate level.

Another way in which Cyber Insurance can provide protection is by making up for the lost revenue that may occur due to a stoppage of business. If, for instance, a cyber attack caused lengthy downtime while computer systems are rebuilt, Cyber Insurance can help to pay for overhead costs that may become burdensome on a business without a continuous flow of income coming in.

Finally, many will no doubt want to attempt to catch the individual(s) responsible for hurting their business, so Cyber Insurance can provide benefits to go toward investigation of cyber attacks in the hopes of identifying perpetrators and bringing them to justice.

Of course, like cyber attacks themselves, Cyber Insurance is changing and evolving all the time. For more information on Cyber Insurance, contact the knowledgeable insurance professionals at Pacific Prime today! They can answer all of your questions and get your started on the path towards peace of mind both personally and professionally.

Employee assistance programs: How do I select the best one?
6 ways to improve your intern program
The importance of an employee reward and recognition programme