Can I Really Insure That? The Bizarre World of Specialty Insurance

Pacific Prime looks into the bizarre world of specialty insurance, exploding a few urban myths along the way. 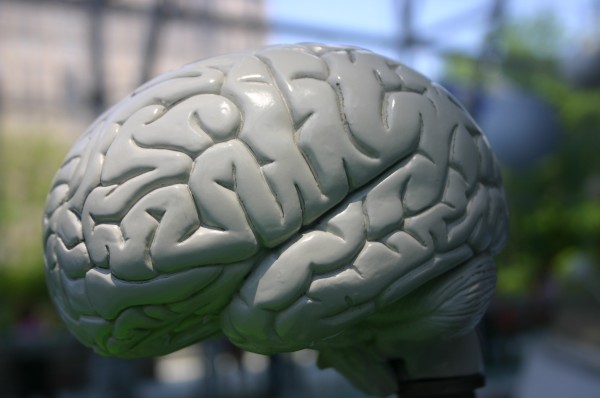 When it comes to insurance policies, there are a few essential types of policy every adult should hold, such as life insurance, health insurance and car insurance. For the majority of us, these will provide more than adequate coverage and peace of mind, but for some individuals, the paperwork of insurance is a little more complex.

Stories have long abounded of celebrity body parts and their associated insurance policies, with Betty Grable’s $1 million legs in the 1940’s providing the precedent for the likes of Heidi Klum’s stems, valued at $2.2 million today. J-Lo’s behind pushed the boundaries, however, when it was supposedly insured for $1 billion dollars. In fact, Jo-Lo herself laughed that rumor off in an interview with BeatBoxBetty.com: “The craziest [rumour] was the Billion Dollar Butt one. It was on the front page of the paper, here in New York. I happened to be in New York that week. It was funny.”

The figures involved for body part insurance can be truly phenomenal. At one point in his career, the hugely successful Irish dancer Michael Flatley held various records including fastest tapping speed and highest paid dancer in the world; hardly surprising to learn his legs were insured for an equally record-breaking $47 million. Australian cricketer Merv Hughes, meanwhile, provided a few laughs when it was revealed his iconic walrus-like moustache was insured for around $300,000 during his sporting career.

On the subject of body hair, Lloyds of London, the huge brokerage firm behind many a multi-million dollar policy, has insurance agents that specialize only in offering coverage for body parts. According to about.com, Lloyds admitted to drafting a speculative policy some years ago to insure a nameless model’s chest hair for $7 million, however the policy was never actually purchased. The media spin machine still went into overdrive, and the Lloyds chest hair legend has now become forever attributed, falsely, to Sir Tom Jones, the hirsute Welsh crooner with a penchant for not fastening the top buttons of his shirt. Lloyds did famously provide Van Halen singer David Lee Roth with a six figure paternity coverage policy, in the awkward eventuality that his rock-star dalliances might result in a lawsuit.

Perhaps the craziest insurance myth of all has to be the policy that not only covered an individual from alien abduction, but then supposedly went on to pay out $1 million to a Mr. Joe Carpenter when he was allegedly abducted by aliens for 40 minutes. The story was widely covered by journalists until it was revealed in the UK Sunday Times that the man who had brokered the $100 policy was in fact Joe’s business partner, and the two had concocted the entire story for publicity.

Whilst it can be tricky to separate fact from fiction, all of these strange insurance policies fall under the umbrella of speciality lines; a genuine branch of insurance which relies on highly skilled underwriters to create individualized policies. Specialty insurance can cover anything from kidnapping, to highly valuable assets such as antiques or vintage cars, to high tech items found in marine, aviation and space industries. One speciality insurance policy was taken out for a railroad car purchased and retrofitted as a luxury motor home on rails; the insurance premium on this unusual house cost a staggering $150,000 annually.

Other policies, meanwhile, allow for a payout in the event of a specified event – the whiskey label Cutty Sark took out a policy before running a publicity campaign wherein the brand offered one million pounds to anyone who could prove the existence of the Loch Ness Monster. A South African soap maker even insured Princess Diana for two months back in the early 1990s. The soap maker invested around $50,000 into an eight-week ad campaign using a Diana look-alike; if anything had happened to the real Diana during that time, the company would have been able to pull its ads without losing a large financial investment.

Claiming on some speciality line policies, however, can prove complicated. An article published through insure.com tells the story of a doctor who insured a prized family heirloom, a brain, which he kept inside a jar. One day, the doctor’s office was burglarized and the brain was stolen. The insurance company was asked to replace it, which was impossible seeing as the purchase of a human brain is illegal. Instead, the insurers offered the doctor a plastic brain, which was luckily accepted by the policy-holder. What the burglars did with the original item is anyone’s guess, but it just goes to show that with a little judicious risk assessment, it’s possible to insure virtually anything, however strange or gruesome.

Wolverine Is Back and Looking Young As Ever. How Does He Do It?
Bipolar Disorder: A Silver Lining in a Mainstream Film? Part 2
The Hobbit on a trip: A guide to adventure travel