A History of Mental Health – Part 1 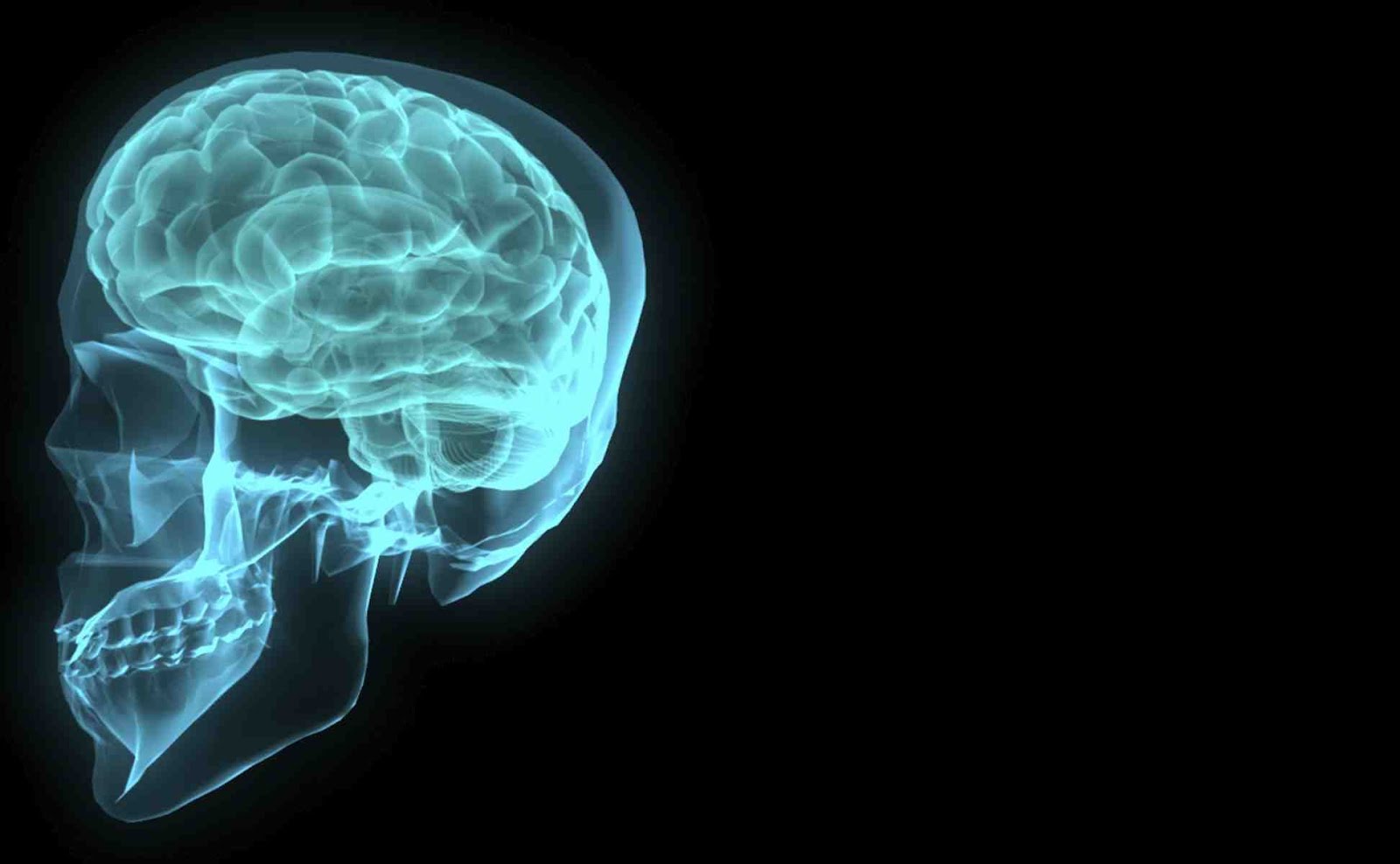 Mental illness is an incredibly emotive subject and our understanding of it is, arguably, still relatively in its infancy. We take a two-part historical look at the treatment of mental health issues in western culture and find history has a way of repeating itself.

In many ways we have advanced little beyond the ancient Greeks’ belief that mental illness was something to be feared, stigmatized and ‘locked away’. The word ‘stigma’, itself, a Greek word, literally means ‘mark made on skin by burning with a hot iron’. In early Greek culture, much shame was placed on the sufferer – and their families – and supernatural forces were blamed for their ills. Curing a patient would usually involve locking them away, purging impurities or ‘de-stigmatizing’ through prayers and rituals to various gods and deities.

Considered the ‘Mother of Psychiatry’, Ancient Greece’s scholarly fascination on the subject introduced words that remain mainstays of the modern mental health lexicon. Mania literally means ‘madness’ and lunatic is derived from the Greek word for ‘moon’ (Luna) and it’s potential to exert powerful supposedly madness-inducing forces over us.

Gradually, Greek scholars such as the physician Hippocrates began to associate mental health disorders with more natural phenomenon, and noted the association to the brain. Hippocrates also came up with the theory of ‘Humorism’, based around the four bodily ‘humors’ of black bile, yellow bile, phlegm and blood. It was the Roman physician Galen who then mapped these to a corresponding ‘personality matrix’ consisting of distinct temperaments of choleric, melancholic, sanguine, and phlegmatic, respectively. Excesses in one humor over the others were blamed for ill health, and the widely accepted thinking in western European cultures, right up until the 19th century, was that these must be balanced by purging the dominant humor with various, often fairly gruesome, methods. Blood letting, exorcisms, stoning and starvation were all considered appropriate cures to restore rational behaviour in the sufferer.

Arabic physicians incorporated these Greek teachings into their own and were quite influential themselves upon the subject. In a scholarly article by Allison M Foerschner, she cites that the first psychiatric hospital ward was founded in Baghdad in 705 and insane asylums were built in Cairo around 800. Treatments could be quite forward thinking and included giving patients activities, baths and drugs and exposing them to music therapy. But more draconian measures could be taken in the form of exorcisms and beatings if a djin (genie) was suspected of ‘taking over’. The culmination of this vast ancient knowledge was transcribed into latin and formed the cornerstone of European learning from the middle ages onwards.

Ancient eastern medicine also approached the subject from a similar perspective, with Indian Ayurveda practices proposing that ill health came about because of an imbalance among three kinds of bodily fluids, or forces, called ‘Dosha’. Chinese beliefs held more elemental forces and bodily energies to blame but the underlying association in nearly every culture was primarily that of shame.

The Middle Ages in Europe was a particularly gruesome period for those suffering with mental health issues, and the ‘science’ of humorism really took hold. Women in particular, were often singled out for barbaric treatments in an age when witch hunts and heretical burnings were not uncommon. A case of what we now know as post-natal depression could result in a lifetime of health problems brought about by this kind of intervention. Margaret Kempe was one such woman who went “out of her mind” after childbirth, was bound in a storeroom to prevent her from self-harm, suspected of demonic possession, had visions and was seen as both holy and heretic. Miraculously she managed to not only escape burning, but seems to have applied an early version of ‘self-help’ through ‘contemplation and holy meditation’ which helped her to come out the other side well enough to dictate a unique book chronicling her spiritual experiences.

Generally, Families were typically expected to shoulder the burden of the mentally ill, and in England, the Crown rarely intervened with ‘natural fools’ unless the individual was of worth, when their lands could be seized upon death and reverted back to the King who, according to feudal law, was the kingdom’s ‘highest lord’. Treatments remained in line with the ancient Greek’s approach and were performed by healers, ‘humanistic physicians’, apothecaries and even astrologers. Patients were regularly given emetics to induce vomiting, laxatives, and were bled using leeches or cupping. It was very much a case of purge, or be damned, or both.

It was during this period that ‘St Mary of Bethlehem’ priory, standing on what now forms part of London’s Liverpool Street Station, was confiscated by the king and given over to become a refuge for lunatics. This site was the first incarnation of what has become one of the most famous mental institutions in history; and, in fact, is still in operation today, some 600 years later, as a psychiatric hospital, albeit in a different location at Beckenham in South East London. Its history is a long and deeply chequered one, the term ‘bedlam’; a derivative of ‘Bethlem’ eventually entered common British parlance to mean ‘madness’. A term many Brits still use today and a damning legacy of much of what went on. “Cold bathing”, stocks, manicles and chains were commonly applied to inmates and, deplorably, when the hospital later moved to Moorfields, the lunatics (many naked) were displayed like animals in a zoo, to visitors, for a fee.

The nadir of its notoriety came in the 18th century under the direction of John Monro, elected to post of Bethlem Physician. He was particularly determined and sadistic in his handing out of ‘treatments’. According to ‘The History of Bethlem’ “The “Mad Physick” reigned supreme as all patients, barring those deemed incurable, could expect to be bled and blistered and then dosed with emetics and purgatives. Such was the violence of the standard medical course, involving voiding of the bowels, vomiting, scarification, sores and bruises, that patients were regularly discharged or refused admission if they were deemed unfit to survive the physical onslaught”.

In Spain, however, a rather different, more enlightened approach had taken hold during the middle ages. It was a movement that gave rise to the modern view which now credits Spain as the ‘cradle of psychiatry’. According to José L.G. de Rivera, in an article in Psychiatric Times, this was because “the world’s first psychiatric hospital, the Hospital de los Inocentes, was founded in Valencia in 1404. This foundation initiated a trend, as it was soon followed by other psychiatric hospitals in Zaragoza (1425), Sevilla and Valladolid (both in 1436), Mallorca (1457), and Toledo (1480). Most of these hospitals were in operation for centuries, forming an early nucleus of humanitarian psychiatric care”. However, it wasn’t until the influential French psychiatric reformer, Philippe Pinel, visited the mental hospital in Zaragoza, around the time of Napoleon, that these methods became known more widely known outside of Spain.

But there were changes elsewhere too. According to E.K Ackernecht, author of ‘A Short History of Psychiatry’ (1968) “The 1500s were a turning point in European psychiatry because it saw the idea take hold that the ‘loss of reason’ was more likely to do with natural causes than spirits”. Syphilis – introduced by troops in Italy and spread across Europe – had broken out in 1500 and was instrumental in the rise of patients with dementia. In England, this coincided with laws that were introduced to give responsibility to individual parishes to set up parish-houses to take care of their poor and needy. Gradually, asylums were introduced here and around the world, though with little beneficial thought given to the treatment of patients, rather these functioned more like penal institutions and the ‘treatments’ metered out could be particularly inhumane as seen with those at ‘Bedlam’. Conditions were unsanitary, and disease was rife.

We’ll return in part two with the development of mental health from the 18th century onwards.