8 Things That Make CrossFit Different from Your Local Gym 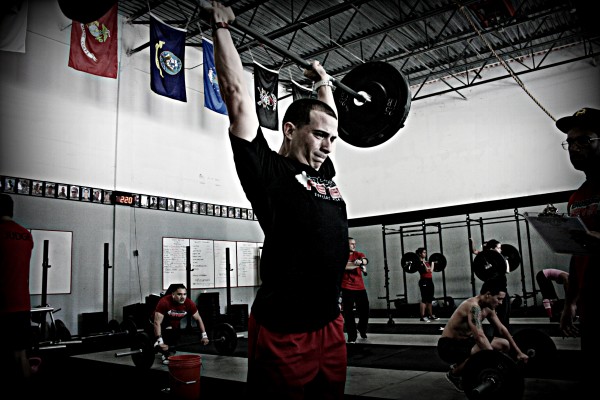 CrossFit is hardcore. Some articles will want to convince you that it’s flexible and that everyone can enjoy it, but let’s face it, not everyone enjoys doing push-ups to the point of vomiting. CrossFit is not for the feint of heart. To put it into perspective, the Canadian Forces actually use this in their military training. And those Canadians are a pretty tough breed.

In a nutshell, CrossFit is a branded type of exercise (like Zumba or Nia) that focuses on core strength and conditioning, hitting all 10 major fitness domains: stamina, strength, flexibility, speed, coordination, power, agility, balance, accuracy, cardiovascular and respiratory endurance.

This is truly an exercise for elite athletes, policemen, firefighters and military men. Because it focuses on toning and conditioning, CrossFitters don’t end up bulky like heavyweight champions, which is important for many women who want to do intense fitness training. (Testosterone is what makes bodybuilders bulky, and women just don’t have the genetic profile to add that much muscle.)

It’s not for everyone, but those who love it are crazy for it. Here’s a little of what makes this new sport so special:

1. At CrossFit, everyone knows your name

Crossfit is that all-important “third place.” Like the libraries and barbershops of old, a third place is a place beyond home and work where people know your name; an accessible and accommodating place with community-minded “regulars” who hold a positive space, and support and listen to each other.

In the true spirit of CrossFit, camaraderie and competition are all part of the fun. You’ll never work out alone, huffing and puffing on a treadmill with a pair of headphones blasting the latest Beyoncé album. Though the intensity of your workout is your own, it’s usually done as a group.

2. Every class is different

There are endless varieties of exercises in a CrossFit workout. Each day is entirely unique, forcing your body to adapt to constant change with every new challenge. That’s because a big part of the CrossFit philosophy is its application in real life.

A typical 60-minute class includes a 10-15 minute warm-up followed by 15-20 minutes focused on a particular skill, like burpees or dips. After that comes the all-important WOD or “workout of the day,” and finally a 10-15 minute cool down.

3. Equipment is simple and basic

A typical CrossFit box doesn’t have much in the way of fancy machinery. An olympic weight set is a must, as well as a place to do dips and pull-ups. There’ll be lots of low tech equipment like medicine balls, kettlebells and wood boxes. All the rest is extra.

Though not mandatory, lots of CrossFitters track their progress, partly to see where there’s improvement and give a nice pat on the back where a pat on the back is due, but mostly to maximize efficiency of the workout. Some CrossFit boxes even do this on a whiteboard, so shop around if public accountability is something you’re looking for.

Though CrossFit is available at some gyms, most spaces are much different than conventional gyms. They’re often set up in old warehouse spaces or even garages. CrossFit-affiliated gyms are called “boxes” and vary considerably from space to space, which is a good reason to check out a few before joining one.

CrossFit founder Gary Glassman designed the exercise so that anyone could build a space affordably in their own garage, ironic since the sport is actually incredibly expensive. He shows how to do it here.

If yoga set a new bar for the cost of working out, CrossFit is giving yoga a run for its money. Rates vary from gym to gym, but fees upwards of US$150/month are not uncommon. This will vary based on number of classes per week, location of the gym, etc., but prepare to pay more than you would at a traditional gym — probably a lot more.

“WOD” means “workout of the day”, each of which has a name, often something sort of funny and sort of scary like “Death By Burpees.” “AMRAP” is a common acronym, an instruction meaning “as many reps as possible.” Many movements and workouts have their own jargon too. The lingo is a big part of what makes the CrossFit community what it is.

Defenders of CrossFit will say that you only vomit from going too hard too fast, as many beginners do, but the fact is overdoing it is part of CrossFit’s branding. At some boxes you even get an “I Met Pukey” teacher with a picture of a clown vomiting — a cheeky reference to the first time you vomited from over exercising.

CrossFit radio is a handy place to gather more information about the sport. It can vary a lot from space to space, and since community is so important in a CrossFit practice, it’s important to shop around until you find a place that feels like a good fit.

The fact that it’s not for everyone is what makes CrossFit special. Try it out and see for yourself.

Bipolar Disorder: A Silver Lining in a Mainstream Film? Part 1
Wolverine Is Back and Looking Young As Ever. How Does He Do It?
What expats need to know about the Affordable Care Act