10 Reasons Why Fall is the Best Season of Them All 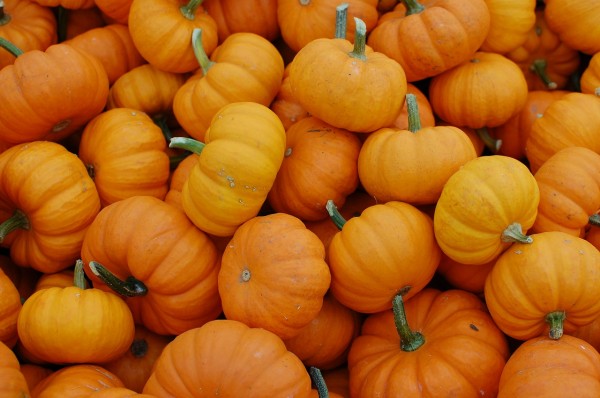 Sure the weather is cooling down, your swimsuit isn’t hanging on the balcony ready for action at anytime, and you may even have dipped into your winter wardrobe once or twice for a long-sleeved shirt or a pair of fuzzy jogging pants: but that’s no reason to cry about the end of summer.

A new, arguably even better season has only just begun, and it’s got as much and more to offer as its predecessor. Here are 10 ways to get cozy this season, so cozy that the pleasures of summer may just fade into a distant memory.

Remember when hot coffee just made your morning, when your weren’t sweating bullets wondering how the heck you could be so addicted to a beverage the temperature of a sauna?

Check out Pacific Prime’s recipe for Mulled Wine, a drink that’s sure to be a hit at your next fall dinner party, not to mention make you look like a sassy, cultured host.

Pick up a pumpkin spice latte (or better yet, make one yourself!)

Nothing says fall quite like a spicy, squash-infused latte. But did you know that the store-bought version of the pumpkin spice latte is laden with funky chemical flavouring, several doses of caramel colouring and contains no actual pumpkin?

The Kitchn has a dynamite recipe for a homemade pumpkin spice latte that far surpasses the commercial version and can be done with little more than some coffee, a can of pureed pumpkin and a few spices.

Get back into the kitchen

While raw green salads may lose some of their appeal as the weather starts to cool, it’s a great time of year to start baking apple pies, meat pies, shepherd’s pies, and all those other delectable baked goods that are too hot to eat in the summertime.

Is there anything more magical than watching tiny costumed humans parade down sidewalks in suburban neighbourhoods, dreaming of one day growing up to be a real Superman? There’s also the pumpkin carving, the pumpkin pies, the oversized bags of mini chocolate bars and candies (ahem…of course, we don’t condone this at Pacific Prime), and the steady stream of trick-or-treaters just as the sun is beginning to set.

Not only is the World Series in full swing, but for Americans, there’s nothing quite like the season’s first Monday Night Football. For Canadians, it’s Hockey Night. For everyone else, fall brings with it the promise of future mini-breaks in ski chalets, deliciously sore legs after the season’s first run on the slopes, and endless mugs of hot apple cider by the fire.

Break out the socks and sweaters

If you’ve ever been lucky enough to live in a year-round warm climate, you understand that intense longing to pull on a pair of snuggly wool socks, curl up under a blanket with a loved one and settle in for an evening-long movie marathon.  Savour it. Not everyone is so lucky.

Spend a whole day giving thanks

One of Canada and the U.S.’s greatest traditions – and something we don’t give them nearly enough credit for – is Thanksgiving Day. A whole day once per year to celebrate the bounty the Earth provides, and to take a moment to appreciate the people, places and moments we most cherish.

Grab yourself a bushel of apples

If you’ve never tasted a honeycrisp apple, drop everything and get yourself out to a farmer’s market, stat. These babies are only in season for a couple of months per year, and they’re the sweetest, crunchiest, most enormously oversized and delicious apples you’ll ever eat.

Apple picking is a great family activity for fall. Get the whole gang out to an apple orchard for a day of hot cider, splashing around in the colourful fallen leaves, and leaving with enough apples to feed a small army. (They’ll keep, don’t worry! If you have a cool basement you can store a few bushels easily).

Carve up a pumpkin

Pumpkin carving tools are cheap and abundant this time of year. You can pick them up at any dollar store, hardware store or department store. Throw a party. Make sure you’ve got some kids around because it’s just not the same without them. Another great excuse to serve hot apple cider.

Load up on fall foods

One of the best things about holiday turkey is leftovers: Warm, open-faced turkey sandwiches swimming in gravy, turkey soup with big chunks of squash and potato, not to mention the stuffing, which seems to taste better the older it gets.

With the leaves changing colour, the wind blowing hard and the birds starting their migration south, it’s hard to ignore the magic of fall. There’ll be plenty of time for snuggling under the duvet all day when winter comes; for now, it’s time to pull on those rain boots and wool sweaters and get out and enjoy the season!

Check out Pacific Prime’s latest GDPR and Employee Benefits Flyer!
Second opinions, you, and your insurance: Getting it right
How to Have a Budget Holiday in Playa Del Carmen, Mexico